The sight of the unassailable beauty of Putorana Plateau, located in the north-west of the Krasnoyarsk region, is breathtaking. Here the mountains do not have peaks, and the canyons seem bottomless. The lakes are hundreds of kilometers long, and the rivers are torn from the rocks, forming the highest waterfalls in Russia.

There are no typical landscapes for Russia on Putorana Plateau. The fairy-tale nature of this place pushes us to reflect on ancient creatures, originating from Slavic myths and fairy tales. If Peter Jackson saw this place in preparation for the shooting of The Lord of the Rings, New Zealand would have to try very hard to stay in the place of the favorite. 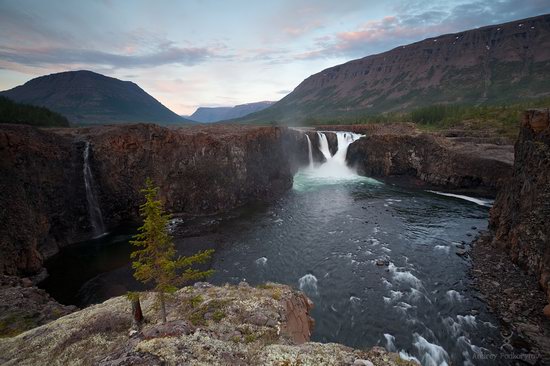 Putorana Plateau is an ideal place for creative people. Its pristine atmosphere promotes a deep perception of the world, fresh air and virgin nature fill you with energy – both physical and mental.

If you want to show your girlfriend that Russia is not only Moscow and St. Petersburg, go pack your bags, buy a ticket and go to Putorana Plateau. 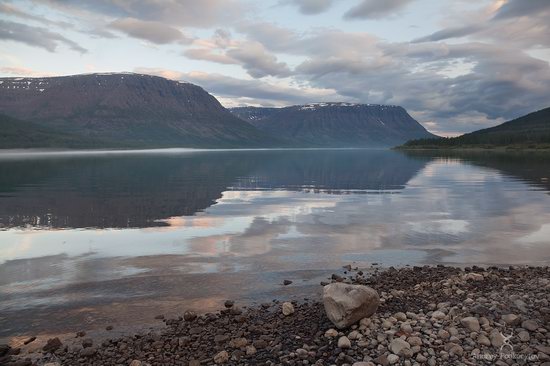 A Brief Tour to the History of Putorana Plateau

In the epic of the northern peoples, many legends connected with the Putorana Plateau have been preserved. Residents of the tundra, Nenets, Dolgana and Nganasane often called Putorana a land of eternal darkness and death, and without extreme need, very rarely came here.

And only the Evencs actively developed almost the whole area of ​​the plateau. They are the keepers of the secrets of Putorana Plateau for the last centuries. And there are many secrets here.

In our time, only the ruined remains of camps and rare solitary idols in the central part of Putorana remind of this development. But it’s worth closing your eyes and turning on the imagination, as before you appear images of ancient hunters, with a keen eye that scatters hardly moving shadows – either animals or demons… 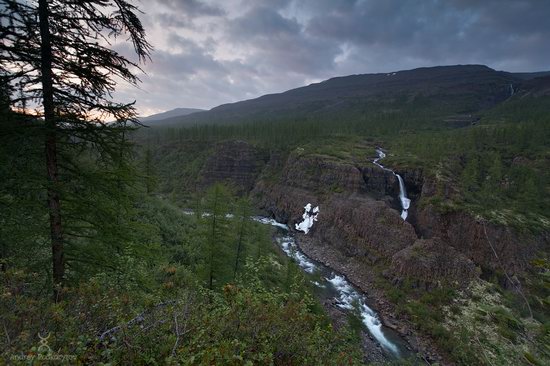 The plateau was once actively adopted by more ancient civilizations. This is evidenced by numerous finds, information about which sometimes becomes public. There are stone masonry, remains of colonnades, processed megalithic blocks, remains of statues, man-made caves and much more. And the pyramids, of course.

The ruins of ancient buildings and other traces of ancient civilizations come across not only in valleys of the plateau. There are a lot of them on its flat tops, which stretch out over vast spaces.

This is a great place for those travelers who know that a meeting with the Antiquity is the same as a trip on a time machine. 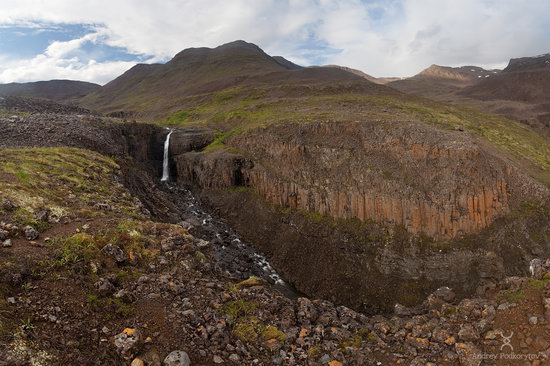 Journey to the Putorana Plateau

You will find yourself in one of the most amazing places in Russia. There are no transport routes, so most of the plateau is still almost inaccessible to tourists. Taiga, wild animals and only a satellite connection with civilization – traveling here alone is almost impossible.

You will go on the boat to one of the tourist bases (for example, to Bunisyak, whose owner is recognized by Nganasan and part of the Taimyr dolgan as a Russian white shaman). Together with professional huntsmen, you will each day make radial exits to the most picturesque and mysterious places.

Each such sortie is breathtaking and memorable for years. Standing in full gear, in the company of local pathfinders and hunters, you will feel what the authors of fantasy recognize as the Call of Adventure.

And if there is a true beauty with you, who shyly hugs your mighty body, the anticipation of an exciting adventure will increase hundredfold. Older men, younger women is all you need for a great vacation on the Putorana Plateau! 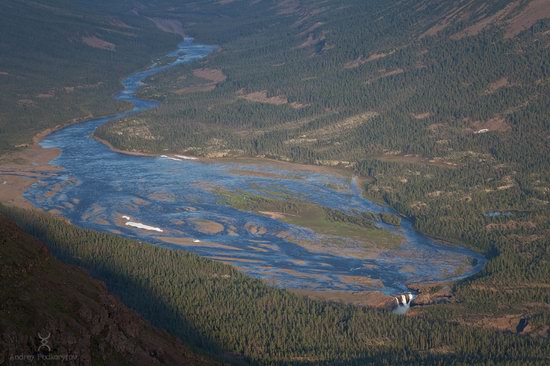 On the way you will see the transition from the valley forest-tundra in the floodplain of the Norilka River to the northern taiga in the heart of Putorana Plateau. At the end, the landscape changes dramatically: Lama Lake is surrounded by inaccessible mountains 1000-1200 meters in height, cut by small canyons and cascades of waterfalls.

On a motor boat, accompanied by rangers, you will go to a place where steep cliffs of 12-15 meters height vertically go to the lake to a depth of 20-25 meters. On the walls runs a lot of streams, so it seems that the rocks are crying. The largest streams form waterfalls, breaking straight into the lake. In sunny weather, there is a bright rainbow in the splashing water spray, to which you can drive up very close.

You will climb to the place where shaman mysteries once occurred, and you will reach the 25-meter waterfall and a viewing platform with a panoramic view of Lake Lama. 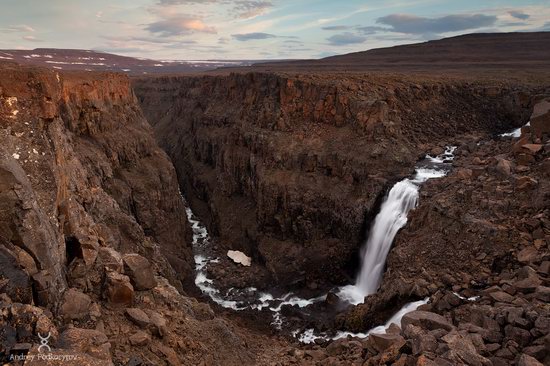 Winter in Kazan – the view from above